An Active Holiday in Saimaa

Holiday Club Saimaa offers many activities for different tastes. There are plenty of possibilities year round both inside and out. Recreation reservations from Saimaa Hotel Sales Service tel. +358 300 870 950.

You can choose activities from cross-country skiing to different kinds of ball games, such as tennis or padel. You can also join our group exercice classes, or train in the gym. Bowl Circus Saimaa and Angry Birds Activity Park offer entertainment for the whole family, and at the Holiday Club Arena you may get to see ice hockey games or figure skating shows. From the area of Holiday Club Saimaa you will also find a great golf course, and in the summer you must try our watersport activities in beautiful lake views of Saimaa.

Spa hotel, indoor sports facilities and some of the restaurants will be open 1.6.2020.

We will open services in Saimaa gradually and with limited opening hours. Welcome!

The NHL-sized arena at Holiday Club Saimaa acts as a stage for both league-level ice hockey games and figure-skating performances.

There are also several activities organised at the ice, from skating schools and ice dancing to ice discos and ice hockey tournaments. Skates and other equipment are rented on the spot. Please check available times from hotel. 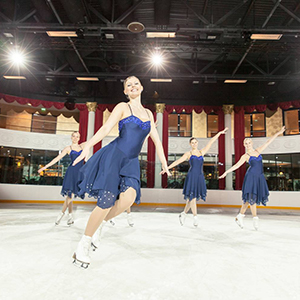 Angry Birds Activity Park, an indoor activity park for the whole family, is now opened right next to Holiday Club Saimaa. The park is located in the 1st and 2nd floor of the new Shopping Center Capri, in Lappeenranta, near the Holiday Club Saimaa spa hotel and holiday resort.

What is in the Angry Birds Park?
Good To Know 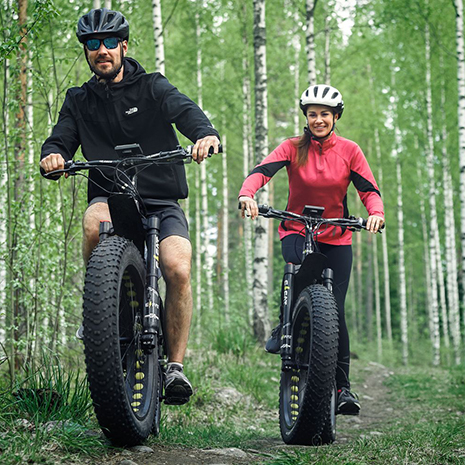 Have fun with your friends, family or team. The tracks are planned to suit for small kids as well.

We also organise bowling contests, welcome to join! There are 12 tracks and an own bar at the BowlCircus Bowling Centre. BowlCircus is open daily and glow bowling starts already in the morning.

Reservations and enquiries on the internet, by phone +358 300 870 953 or by email activities.saimaa@holidayclub.fi 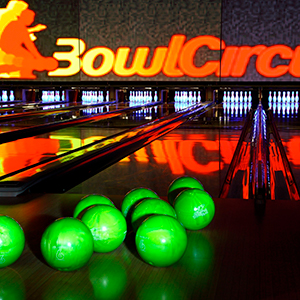 In Capri Center, you will find a good selection of gym equipment. The location of the gym has recently changed.

Also the structured group exercise classes are held there. The gym has top-level Technogym equipment. Customers needs special card to access to gym from spa reception. Cards are for sale at hotel reception. Customers can buy the services of Personal Trainer. Personal Trainer does fitness tests and gives gym and nutritional guidance.

If you prefer calmer ball games, table tennis and snooker are great options. 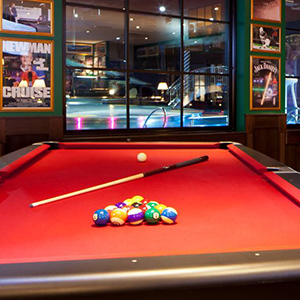 Located next to the Holiday Club in Lammassaari, Imatra, Tuplakasi specializes in organizing experience services for groups and individual clients. 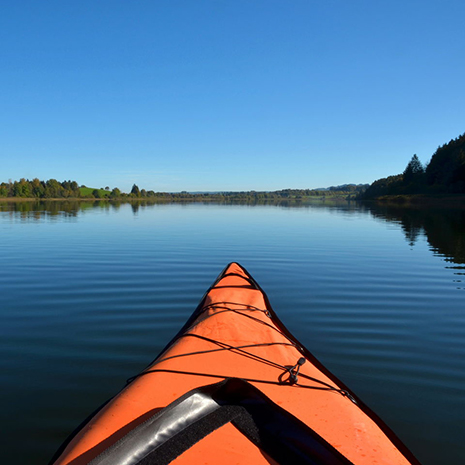 Saimaa suits for eager skiers. There are two ski centres and an extensive network of skiing trails in Saimaa.

The extensive network of skiing trails in Saimaa enables holiday makers to do the favourite sport of Finns, cross-country skiing. The trails start right from the hotel and the amazing lake scenery make the skiing trips memorable.

There are also two ski centers, Freeski in Ruokolahti and Myllymäki in Joutseno. Centers are about 20 km away from Holiday Club Saimaa. 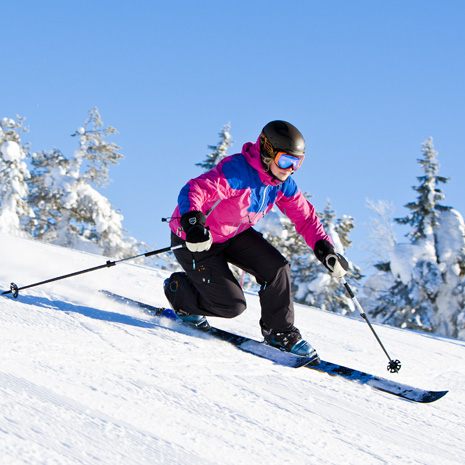 You can combine high quality accommodation with golfing in the amazing scenery of Saimaa.

The 18-hole golf course of Holiday Club Saimaa offers challenge and succeeding for everyone who is interested in golf. There is also a practice center, where you don't need green card or golf membership. 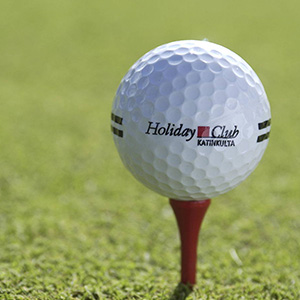 The center offers a chance to play your favourite sport also in winter! The golf winter practice facility is located in the Capri center.

In football golf you try to get a football into a 70 cm hole with as few kicks as possible, similar to gold. Holiday Club Saimaa has 6 different football golf fairways. 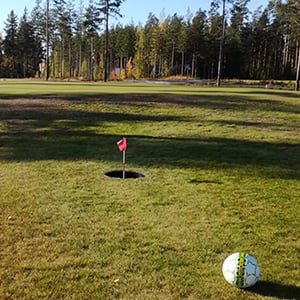 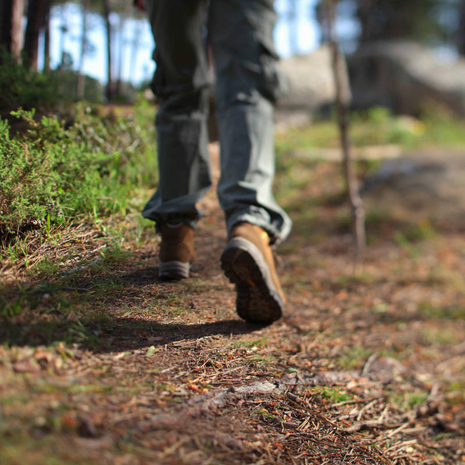 Mini Golf course of our partner next to the Paviljonki building is available for the guest of Holiday Club Saimaa. 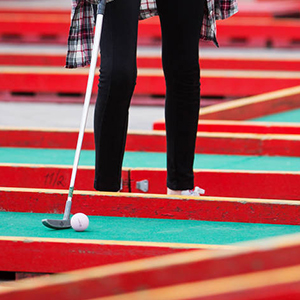 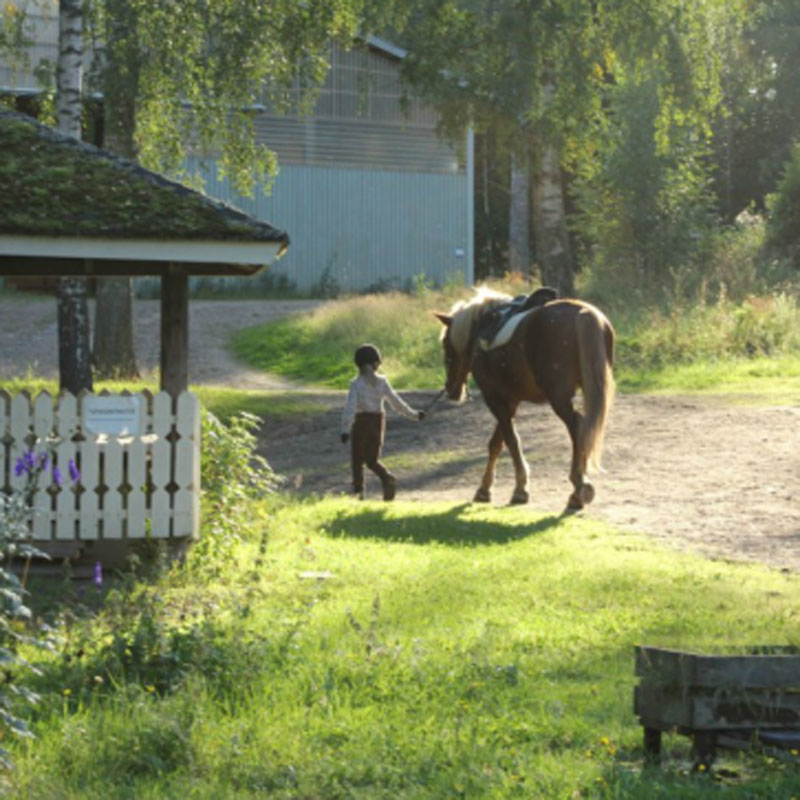 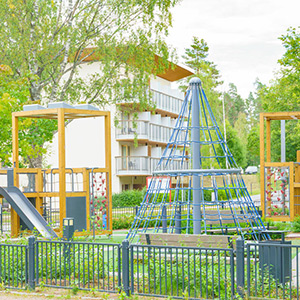 Holiday Club Saimaa beach has piknik and excercise area, and playground as well as a beach volley field. 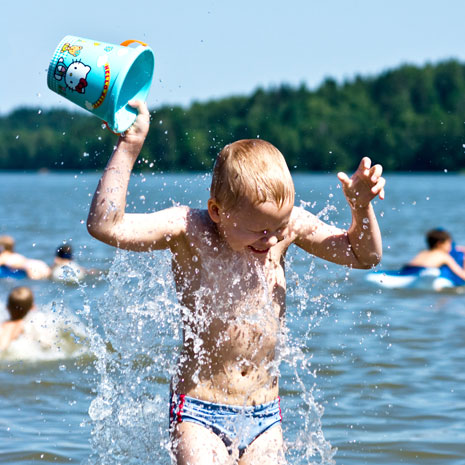 The outside tennis court is located close to the hotel in the park area. In Saimaa it is easy for the whole family to learn more about padel.

The outside tennis court is located close to the hotel in the park area. Padel can be played on the beautiful sun deck of Holiday Club Saimaa. In addition to the unique rooftop playing court, the sun deck also features a bar and a log sauna. Tennis reservations and equipments can be rented from Beach House by  Robert´s Coffee beside the court. Padel is a game that is quick and easy to pick up. Reservations and equipments from spa reception.

Prices
What is padel?

Padel can be played on the beautiful sun deck of Holiday Club Saimaa. In addition to the unique rooftop playing court, the sun deck also features a bar and a smoke sauna.

Padel, which is not yet well-known in Finland, borrows elements from both tennis and squash and combines exercise and shared fun. Padel is typically played in doubles but can also be played in singles. In Saimaa it is easy for the whole family to learn more about padel. Racquets and balls can be rented from the kiosk beside the court.

Padel is a game that is quick and easy to pick up. The simple rules can be learned quickly, and the racquet is easy to handle thanks to its short shaft. Physical strength does not play a large role in padel like it does in tennis, but good technique and eye for the game will take you far. That is why players of different skill levels can easily play together.

How to play padel

Padel scoring is the same that is used in tennis, i.e. 15, 30, 40, and game. In case of deuce at 40–40, two clear points need to be won before the game is over. Padel game is won from the best of three sets, which are played to six games. At 6–6, a tiebreak is played, which is the first side to seven points with two clear points between the sides. 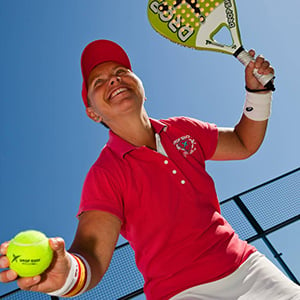 Near Holiday Club Saimaa, in Rauha, there is an adventure park for the whole family.

Atreenalin offers an unforgettable experience in nature. The park is built environmentally friendly and suitable for all ages, from beginner to advanced. Climb to test your limits! 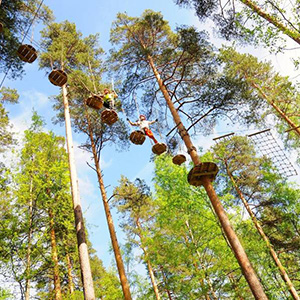 Arriving at the resort

We use cookies and browser information on our site to improve the service. By continuing browsing, you agree to their use. More information here.